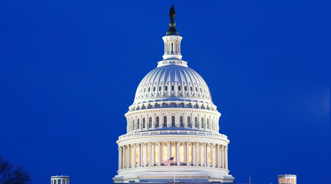 On the third day of the first partial U.S. government shutdown in 17 years, Congress will continue its negotiation efforts to pass a series of bills to fund the government. In the meantime, the country waits, as does the automotive industry.

The effects of the shutdown on the automotive sector are arising in a few different corners — perhaps most noticeably within the National Highway Traffic Safety Administration.

Dealers and consumers should not expect to receive any notices from the NHTSA as long as Congress remains at an impasse.

“Due to a lapse of Federal Government funding, NHTSA is unable to post any new recalls after close of business September 30, 2013. Recall searches will remain available but are only current as of that time. Consumers can continue to file safety defect complaints via this website, but they will not be evaluated by NHTSA staff until funding and services are restored.”

Automakers, of course, will still announce their own recalls, but we can expect no information to make it out of the NHTSA as long as the government shutdown continues.

And not only will new recalls not be announced, consumer complaints can be filed, but they won’t be touched or analyzed until the government reopens.

And the NHTSA isn’t the only federal organization tied to the auto industry that has shuttered its doors this week.

The Federal Trade Commission is closed for the shutdown, with the majority of its branches put on indefinite hold.

That said, the Consumer Financial Protection Bureau, which has been active in automotive lender compliance regulation as of late, will not be impacted by the shutdown.

During any type of federal action as dramatic as a government shutdown, many wonder what the impact will be on the economy.

In the case of this market, how will the partial shutdown affect auto sales?

Edmunds.com chief economist Lacey Plache explained earlier this week that auto buyers have separated the economy from Congress in the past, and the industry most likely has little to worry about.

“The American people might be questioning their faith in government right now, but they still have confidence in the economy. In fact, American car buyers have been remarkably resilient in the face of the Congress’ antics over past year,” Plache said.  “There’s no reason to believe that auto sales will suffer in the coming days or weeks as this mess gets sorted out in Washington.”

Kelley Blue Book analysts told Auto Remarketing that effects on auto sales may depend on the length of the government shutdown.

“If the shutdown is not resolved in the next several days it could have some effects in areas heavily populated by federal government workers, but the short-term effects won’t cause a ripple.”

Alec Gutierrez, senior analyst at KBB, agreed, saying that if the partial shutdown lasts more than a couple of weeks, the auto sector may begin to see the effects as October’s sale numbers come in.