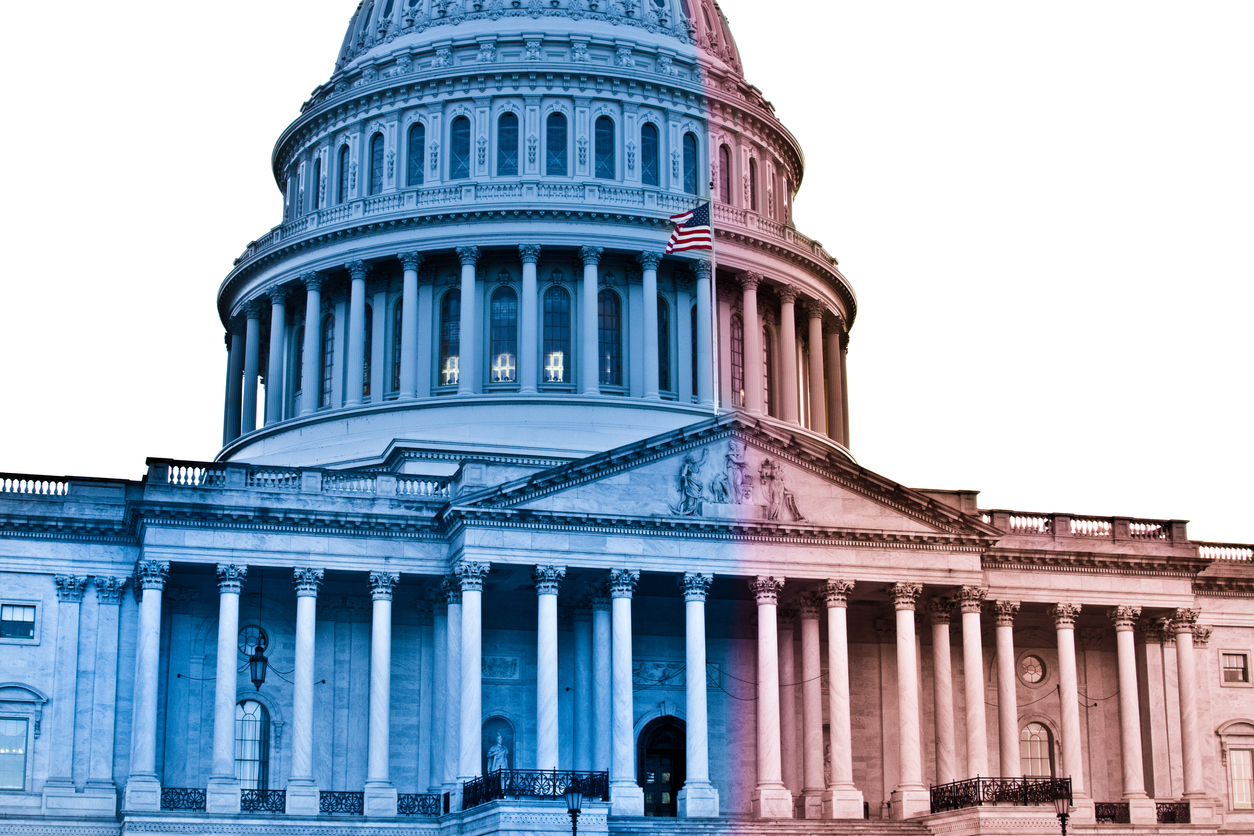 Understanding election dynamics is especially important for people in business. The 2022 midterms resulted in what is typically called a divided government. This means that no single party is in control of both the legislative and executive branches. While Democrats retained control of the Senate and have two years left of the presidency, Republicans won the majority in the House. For the past two years, all of Congress held a Democratic majority, making it easier to pass certain kinds of legislation. In this newsletter, we’ll look at the pros and cons of a divided government through the lens of automotive marketing.

You may have heard that a divided government setup is better for the economy. The belief goes that dual-party control puts an extra check on lawmakers. In theory, a unified Congress and presidency facilitates more extreme changes and laws by the party in control. Divided government helps to prevent this.

By looking back at past economic performance, we can see that a divided government is not inherently better or worse than a unified one. Much more depends on the macroeconomic environment than it does on which parties are in control.

While no one knows precisely how the economy will respond to news from Capitol Hill, we can look at the historical pros of divided government to see what this could mean for our industry.

We have seen several pieces of major legislation signed into law during the past two years. Now, with Congress controlled by two separate parties, it is much less likely for major changes to come to become law. This is helpful for the business sector, and the stock market responds favorably to it as well. Fewer major changes could also result in greater consumer confidence, though much else factors into that.

When people think of a divided government, one of the first scenarios called to mind is often a government shutdown. A divided government raises the risk that one party could refuse to pass annual budget legislation in an effort to force another party to modify its policies or approaches. Political commentators often refer to this situation as “gridlock.”

It could also be more difficult to pass legislation of any kind due to gridlock, but the bills that do pass under a divided government are more difficult for the next party in power to undo since they require bipartisan support to become law in the first place.

Understanding both the political environment and the economy is important for anyone in the automotive business. However, we are lucky in that the outlook for automotive remains bright. Backed demand is predicted to keep sales numbers high until well into 2023. While inventory remains limited, supply and demand economics have allowed dealers to notch record years. We don’t expect this trend to diminish any time soon.