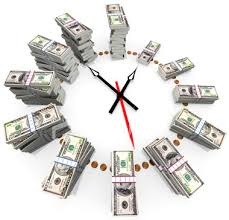 A quick glance at November and December on the calendar shows Thanksgiving is late this year, so what does that mean?  For retailers, with only 27 days to shop before Christmas, it has been estimated that it could cost $1.6 billion in potential sales according to Adobe. In my opinion for dealerships like yours, it means you need to make sure your voice is heard because it is going to get noisy in the marketplace.

Your December budget has two critical checkpoints. The weeks prior to the 25th and the bonanza that comes from the 26th through January 1. I favor running in the weeks closer to the 25th with a message that promotes the year-end factory benefits. Beginning the night of the 25th, I like to make sure we are present in a big way with an all-out final day’s message that has something for every buyer including used cars.

With retailers fighting a short season, I would imagine they have big dollars in place for their year-end sales to get their share of employees holding holiday cash bonuses.  They may hope to entice shoppers to blow that cash on half-priced sweaters. To me that money is the down payment they haven’t had until now. Take a second look at December flight dates and budgets because it will be a battle for buyers!