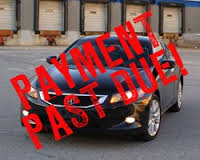 The latest data from TransUnion predicts an uptick in loan delinquency in 2014 as auto debt is expected to climb $1,000 over 2013.  Also interesting to note that the latest data available from TransUnion showed 29.8% of all auto loans in the 3rd Quarter of 2013 were non-prime.  For those dealerships that are built to effectively manage sub-prime business, this segment is only showing that it is growing and only a few percentage points away from where it was before the crash in 2008.

CHICAGO — TransUnion’s annual auto loan forecast calls for increases in both delinquency and debt levels this year. The national auto loan delinquency rate (the ratio of borrowers 60 or more days past due) is projected to rise to 1.19 percent by the end of 2014 from an estimated 1.10 percent at the conclusion of 2013.

“While we expect auto loan delinquencies to rise in 2014, they will remain well below levels observed during the recession and its immediate aftermath,” said Peter Turek, automotive vice president in TransUnion’s financial services business unit.

“One of the primary drivers for low delinquency rates is the strength of the used-car market; borrowers who cannot afford their car loan payments usually have the option of selling the car and becoming whole on the loan,” Turek continued.

“If you look at the market dynamics and what we’ve reported — borrowers 60 or more days past due since 2011 — the delinquency rate has really been stable for three years in a row. We have a slight uptick in our forecast for 2014,” Turek told SubPrime Auto Finance News.

“But 2014 really could be an inflection year where we get to something new and different in terms of whether it remains stable or we turn to more of a volatile market,” Turek continued. “I think it’s indicative of what’s going on overall in the market. We’ve had several years of growth in auto sales. We’re still forecasting growth, but that growth is slowing.

“When growth starts slowing, what do these major stakeholders, lenders and manufacturers start doing to keep their market share? All of those actions are yet to be seen, but I think certainly the market has been pretty stable for the past several years,” he went on to say.

“Right now, things are good for everybody — dealers, lenders and consumers,” Turek added.

Turek pointed to another contributing factor to lower delinquency levels. He indicated non-prime borrowers make up a smaller portion of all auto loans.

TransUnion identifies Non-prime borrowers as individuals with a VantageScore credit score lower than 700 on a scale of 501 to 990.

Even though the percentage of newly originated non-prime auto loans (33.18 percent in Q2 of 2013) has increased, Turek contends the impact on the overall delinquency is minor.

In the third quarter of last year, there were more than 3 million fewer auto loans (down nearly 15 percent) in the non-prime borrower segment than there were in Q3 of 2008.

As a comparison, Turek noted the total auto loan population has only dropped about 1 percent in that same timeframe, or around 550,000 fewer auto loans.

“The data highlight the significance non-prime borrowers play in the overall delinquency rate,” Turek said. “We have been tracking this segment of the population closely for some time, because once they take a bigger part of the overall auto loan pie, we expect upward pressure on delinquencies.”

“The state data is especially encouraging as we don’t expect any major delinquency rises,” Turek said.

“Unless there is a real shock to the economy, we don’t envision auto loan debt levels to drop for quite some time,” Turek said.

“This is good news for dealers, lenders and consumers, as higher demand for autos will lead to more auto loans, creating incentives for consumers as auto dealers and auto lenders compete for their business,” he added.

“The forecasts would change if there are unanticipated shocks to the global economy,” Turek said.