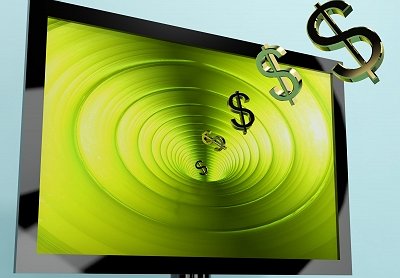 There has been a lot of cajoling lately about the effectiveness of television versus digital. Should you cut your TV spending and maximize your digital spending? Well, it’s not that simple.

As I wrote in my book NEXT DAY TRAFFIC we believe in executing one medium well before moving onto another one. Using that rule of thumb, if you only have enough budget to do one medium well, your first choice is digital.

Having said that, only using digital is like working out three times a week for 30 minutes and expecting to look like Arnold Schwarzenegger. While you’ll probably improve your health, you’re not going to become the Austrian Oak without diet, intense training and daily commitment. In other words, you’re not going to get in better shape without adopting a new lifestyle.

Digital is the same way. Yes, effective digital marketing along with proper website optimization will make you more successful. This should be the first thing you do, but if you’re at 100 units and want to get to 200 units while competing with equal or larger dealers, it’s going to be tough to distinguish yourself with digital alone.

The reason for this difficulty is that digital cannot convey the visceral elements like a broadcast medium. People buy products or services based on emotional needs or wants and then justify their purchase logically. The Internet is a logic machine. You ask a question and it answers. The problem is that you are counting on the customer to ask the right questions and we all know how logical a customer can be.

There are three types of prospects:

In this case, Television is essential to the number two and number three prospect. Since a significant portion of the national population browses the Internet while watching TV, or is in the proximity of their laptops, tablets or smartphones, a TV commercial brings your dealership to the attention of consumers, and there is an immediate increase in online activity.

According to the article 2015 MarketShare Research Study on Evaluating TV Effectiveness, “TV is a major driver of indirect outcomes such as inbound calls, organic search query volumes and website visits—which, in turn, lead to direct outcomes, such as purchases or other significant conversions.”

For vehicle advertisers, TV’s indirect sales impact alone nearly outperforms the individual marketing impact of online display. This is likely because television is op­timally designed for conveying expe­rience and motion and TV achieves reach that the other outlets examined do not. Advertisers that do not consider the full im­pact of TV are at risk of misallocating resources.”

If television is ineffective, why do Internet-based companies continue to invest and spend their ad dollars on television?

Lindsey Clay, the CEO of TV marketing body Thinkbox, told the web magazine Business Insider: “So many times people in companies operating in this [online] space seem to speak with a forked tongue. On the one hand they can’t wait to talk about the death of TV, but on the other hand they are behaving in completely the opposite way, by investing incredibly heavily in TV — not just by expanding their business via the platform of TV, but also investing in TV advertising.”

Strong’s number one goal is delivering TRAFFIC to your dealership in the most cost efficient manner. We think a thorough digital approach is essential to accomplishing that goal, but we see a disturbing trend of voices recommending digital at the expense of all other mediums.

Yes, in large expensive markets with big populations you can be successful solely with digital. But in most cases, an integrated plan using multiple strategic approaches such as mail, email and/or broadcast will reach more customers and deliver more traffic.