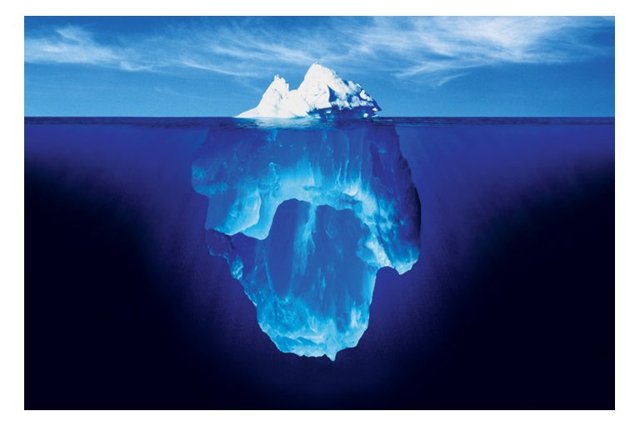 If the name Newton Minow rings a bell, you are a student of history. Minow was the man who in a speech given in 1961 referred to broadcast television as a “vast wasteland”. Over 50 years later there are some who would call this man a prophet. But in fairness to Minow, who was Chairman of the FCC at the time, his point was more impartial as he said, “When television is good, nothing is better. But when television is bad, nothing is worse…I can assure you that you will observe a vast wasteland.”

The wasteland comment came up in a discussion of how the Internet is so unique when compared to any other form of media such as TV, radio or print. My stated opinion is this: the Internet as a marketing tool is an iceberg, especially when it comes to the competition. At best, unless you really go deep, all you see is the tip and as the Titanic proved it’s what you don’t see that can sink you.

When your competitor cuts a new TV or radio commercial, someone in your store sees it (or goes online and gets it off YouTube) and you get a clear picture of their strategy. Their Internet marketing process, however, is never assessed that easily and in fact may be eating your lunch. In my visits to dealerships nationwide, the best owners and operators are both proactive and pre-emptive in staying on or ahead of the constantly changing curve of digital marketing in all aspects.

It is the challenge of this decade and decades to come. So looking ahead let me go back to Minow’s speech and paraphrase. When Internet marketing is good, nothing is better. But when it is bad…you are lost and alone in a vast wasteland. Take a good look at your Internet marketing, and look deep!