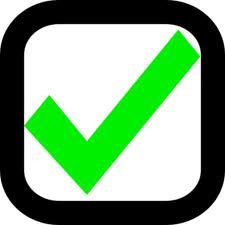 Hispanics are more likely than the general market to buy a new car because they need it.

The US automotive market is mature, which makes any demographic primed for growth an important component for volume brands. The US Hispanic automobile shopper is very much in play, considering more brands while outpacing the industry and other minority groups in terms of year-over-year sales volume growth, according to a new eMarketer report, “US Hispanics and Autos: The Next Generation of Growth.”

For an industry that has treated minority marketing as a box to check off, the numbers amount to a clarion call: To remain relevant into the next decade, brands must appeal to Hispanics. This is a direct challenge to marketing strategists, who must coordinate campaigns at the local, regional and national levels while using traditional and digital channels in two languages.

While overall sales to ethnic groups across the board have risen strongly since the 2008 financial downturn, US Hispanics have led the way. According to Polk sales figures, the overall market for new vehicle sales in the US grew 9% between H1 2012 and H1 2013, while Hispanic sales grew 16% during the same period. All told, Hispanics spent $32.7 billion on new vehicles and leases in 2012.

“During 2009 to 2011, we saw Hispanic share of sales drop to some of the lowest levels since the early 2000s, but since that time, the market has seen an incredible increase in share,” said Art Spinella, president of CNW Research, an automotive-focused consultancy. “Thus far, this segment has accounted for a 11.25% share of new vehicles, and by 2016, we’ll see that number at 13.25%,” with volume rising from 1.76 million to 2.23 million, he said.

These increases in Hispanic auto sales will be driven, in part, by incentives, price, need and stronger job markets. In a July 2013 survey by CNW, the top three reasons why US Hispanic shoppers decided to shop for a new vehicle were compelling incentives, the need for a new vehicle and low monthly payments. For most answers, Hispanics mirrored the overall market. However, while 65.4% of Hispanics cited “needed a new vehicle,” only 54.1% of all new-vehicle buyers did so. Further down the list, reasons such as a new job and higher pay also overindexed among Hispanics compared with the overall market—25.5% to 19.1%, respectively.

Hispanics’ purchase decisions notably underindexed on reasons such as “new model was compelling” and “lease completed.”

From this recent trend, the top three winners by share of volume among US Hispanics in 2013 were Toyota (16% of all sales), Honda (13%) and Nissan (12%). This differs significantly from the overall market’s top three brands, namely Ford, Chevrolet and Toyota, according to industry releases. One major reason for this difference is geography. The largest market for US Hispanics, accounting for 16% of all sales year to date, is Los Angeles—a traditional US stronghold for Toyota, Honda and Nissan. New York, Miami, Houston and San Antonio rounded out the top five markets for Hispanic vehicle sales in H1 2013, according to Polk data. A total 42% of all Hispanic sales year to date happened in these markets.

The full report, “US Hispanics and Autos: The Next Generation of Growth,”also answers these key questions: