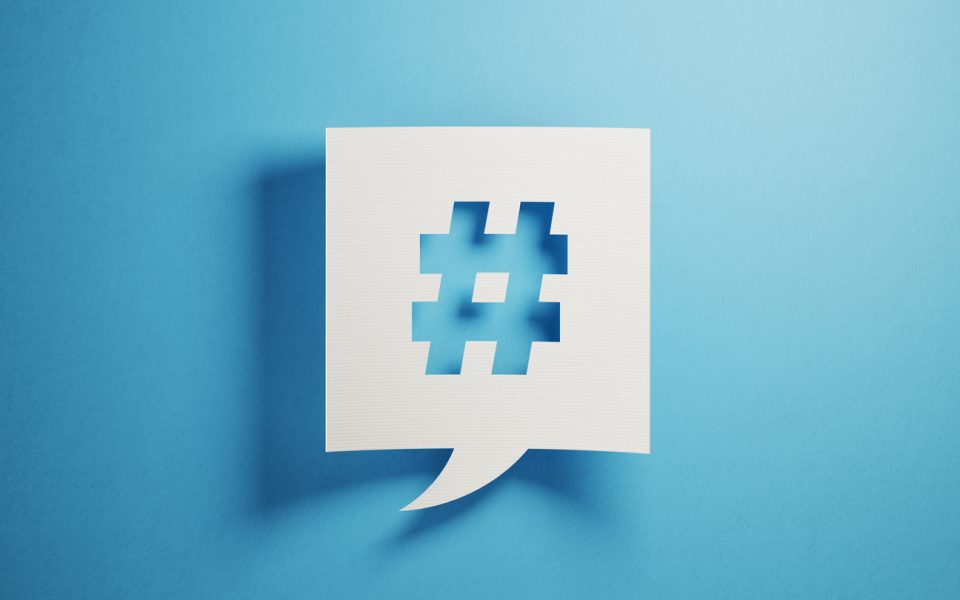 Hashtags are nothing new. They were born in the Twittersphere in 2007 and have since taken social media – and pop culture – by storm.

These special terms are supposed to earn you more follows and engagement, meaning the more, the merrier – right? As it turns out, the optimum number of hashtags is far lower than you may think.

The #Perfect Number of Hashtags

The magic number of hashtagged phrases depends on the platform that you’re using, according to an analysis by Instapage.

For the original hashtag harbinger, Twitter, the best posts use no more than two tags. One hashtag is found to be the optimal amount. If you have a similar theme for many of your posts, you can use a consistent hashtag to categorize your brand.

On Instagram, content creators have a little more freedom with arranging hashtags so that they don’t distract from the content. Hashtags can be placed in a user’s bio, in the caption, or in the comments of a post. Many users place hashtags on a separate line of the caption so it doesn’t interfere with the main text. Nine hashtags per post is considered best for engagement, followed by 10 tags. Hashtags that are close to a 23-character length perform best.

Facebook is pickier about hashtags than some of the other social networks. Posts with no hashtags at all tend to perform better than those that contain them. In specific cases, however, hashtags can increase engagement by helping users find related content on a topic.

Finally, LinkedIn has jumped on board and added support for hashtags in posts, bios, and articles. Users can also search via hashtag and follow certain tags to see specific content. There is no limit on LinkedIn tags, and the platform will even suggest some for you to use. Like with all platforms, however, it is best to use only hashtags that are relevant.

Which Words to Hashtag

After hashtagging became a mainstream practice, some content publishers began tagging words at random to make their posts appear more “social.” This is a big faux-pas in social media strategy. Rather than #randomly tagging words, do some research and see which hashtags your competitors and others in your market are using. Do your own case study to see which of these posts perform well and which don’t, controlling for other factors as best as possible. With a little research from varied sources, you should be able to paint a good picture of which hashtags drive engagement and which are simply superfluous.

If high-volume hashtagging has been a part of your strategy for a while, it can be hard to let it go. Try experimenting with similar posts, doing one with your typical number of hashtags and another using the recommendations in this guide. After you have the results, you can adjust as needed for your brand and platform. The proof is in the pudding, so go with whichever strategy works best for you.

Click Here to Learn About Our Newest Dealership Marketing Package