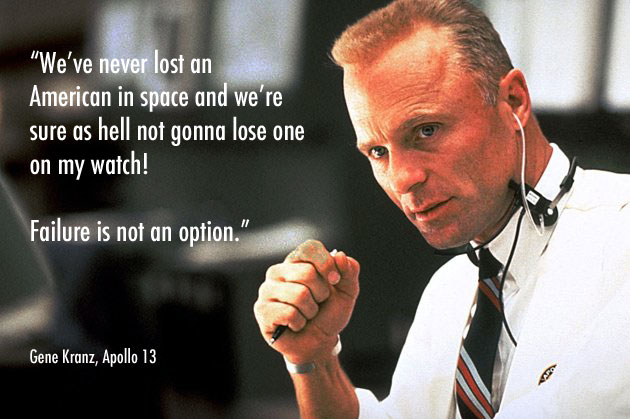 It is probably the second most quoted line from the 1995 movie Apollo 13 after “Houston, we’ve got a problem!” But to me, when Ed Harris playing the role of Flight Director, Gene Kranz stood up and said “Failure is not an option!” I was ready to jump up and cheer. That statement set the standard and demanded the absolute best when a crisis situation was in the balance.

By no means am I comparing the potential consequences of a space mishap to your current website, but I firmly believe you can paraphrase this statement to your IT team: Failure to convert is not an option! In the weeks and months ahead, the term “online conversion” is going to increase in importance relative to the growing level of competition for online automotive shoppers. Every element of your site must be designed and maintained, and most importantly, reviewed to ensure that visitors go deeper instead of dropping off because you’ve got a problem.

Many of you are in budget planning sessions in preparation for 2015. Don’t shortchange the talent and tools necessary to keep your site on pace and at best in front of your competition. You have probably heard that comment an astronaut made just before a lunar launch that it was nerve-racking being strapped into a rocket that was built entirely by low bidders.

What will it take for your website to succeed? The first step may be to find your “failure is not an option” person and shoot for the stars!