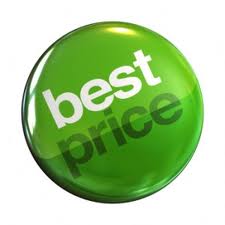 This week a dealer was going on and on about how lazy his salespeople are. He had just reviewed their stats from his CRM system and noticed the lack of follow-up phone calls and emails to unsold buyers. He was literally pulling his hair out. He went on to say, “I just don’t understand how people can be so lazy – it is just beyond anything I can imagine.”

This took me back to another conversation from earlier this week. A dealer didn’t understand why he was getting a lot more web traffic over the past 90 days but most importantly why it wasn’t turning into more sales. The conversation was one where I was begging him to put actual photos of his new cars on his site instead of using stock photos and to update his pricing on a weekly basis.

Then I thought of something new. Customers can be just as lazy in the buying process as salespeople can be!

Think about it. Salespeople are trying to make money while customers are trying to save money, and from time to time we can all be a little lazy in our approach.

Customers want to be able to find everything they need without having to really look for it. In this regard the Internet can either be a lethal weapon for your dealership or it can be your demise. If you have all prices, photos, descriptions and accessible information about the dealership clearly posted where the online shopper doesn’t have to look hard for it, then you have a better chance at attracting the lazy car buyer. Car buyers for the most part are going to only look for what they want to see and if you don’t have it on your website then they are going to leave and look somewhere else. Car buyers are inherently lazy. The Internet has only helped further that.

The old school salesperson would sit on a bench in front of the dealership smoking cigarettes waiting on a new customer to walk up to keep from sitting in a BDC room doing follow-up. Salespeople can be inherently lazy, too.

Dealerships must do the job of selling for their dealership when it comes to the Internet. Without aggressively low prices, pristine looking inventory, a wealth of information and everything that can be found in the simplest way, you are going to lose your chance with the lazy customer.