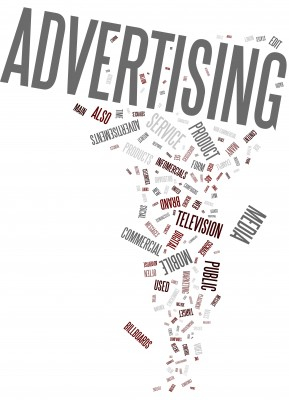 Though there have been some economic bright spots for the United States this year, including the decline in unemployment and rebound of the housing market, true recovery is still a ways off, and that’s apparently making companies reluctant to invest in advertising.

The report predicts that ad spending will grow by only 1.8 percent, to $156.25 billion, down from the 2.7 percent the agency forecast in December.

GroupM blames economic uncertainty for the cut. Last year, with Olympic and political spending, U.S. ad revenue was up 3.4 percent, to $153.46 billion.

But this year, despite gains, the U.S. economy has been a puzzle, surging in some areas while struggling in others.

Case in point: employment. Unemployment is down to five-year lows, and yet average wages have fallen even as more people have gone back to work.

Retail spending grew 0.2 percent in July, its fourth straight month of growth, but the increase fell below economists’ expectations.

And the housing market has seen sales and housing prices rise, even though some parts of the country, including New York and New Jersey, are still seeing high foreclosure rates.

Little wonder, then, that with the economic signals so mixed, advertisers continue to be wary. Last year, half of the top 10 advertisers in the U.S. decreased their spending compared to 2011, according to GroupM, and only three increased by double-digit percentages.

As for what will be driving the small gains in ad spending this year, it’s once again digital that’s responsible for the majority.

Interactive, which is referred to as interaction by GroupM, will be up 9.5 percent to $13.65 billion. Search, which is pulled out separately in the forecast, will also rise 9.5 percent, to $12.17 billion.

Though TV’s growth will be modest, it will account for 49.1 percent of all U.S. ad spending, compared to 16.5 percent for interaction, the second-biggest category.

As for the other traditional media, the forecast remains rather dim. Newspapers will see the biggest decline, off 2 percent, to $16.8 billion, though that’s less than the 6 percent decline they suffered in 2012.

Radio and magazines will be flat to last year at $8.6 billion and $24.18 billion, respectively.

As seen on MediaLifeMagazine.com – A Less Optimistic Outlook for U.S. Ad Spending